I admit it. I've been AWOL. It has been a busy crazy spring and I have no other excuse, but I'm hoping posting today, on this first day of summer, that I'll be forgiven.  I've got some photos to share...nothing spectacular, but better than none at all.

As I mentioned the last time, I moved into a new home at the first of the year.  I'd rather not get into photos of the home itself because it has been - and continues to be - a rather protracted settling in process, but I have been spending time out in the yard and creating the start of a pleasant environment out there.  My home has a lot of northern exposure, so doesn't get a ton of direct sunlight inside (except through the skylight at mid-day), but as the sun moves around during the day that yard gets a good bit of direct sun from about mid-day on and plenty in the afternoon.

Since I don't have the time or energy to get into creating a vegetable garden, I am experimenting with container plants, mostly flowers and herbs that I can shift around to capture maximum sun.  I've picked up some of the usual annuals - geraniums, petunias, a few snapdragons, some vinca vine - and have been enjoying their constant blooms since late spring.

I also decided I'd be a little bit ambitious and start some annual flowers from seeds, just to see if I could create a real display of vibrant color. I've always admired the brilliant zinnias that a friend grows annually, so I'm giving them a go, along with morning glory and some cleome.  I've grown the latter two in the past and always liked them, but it has been quite a while since I've grown anything from seed, so this will be a little bit of an adventure.  Perhaps in another month or so, I'll have some new colors in bloom...we'll see.

In the meantime, here are a few shots of my efforts to date. 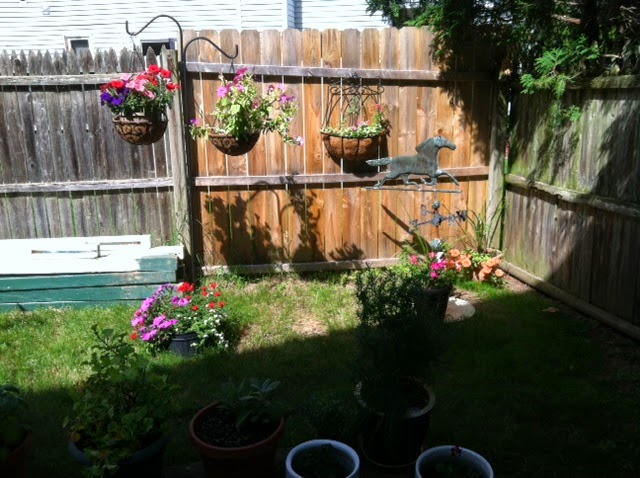 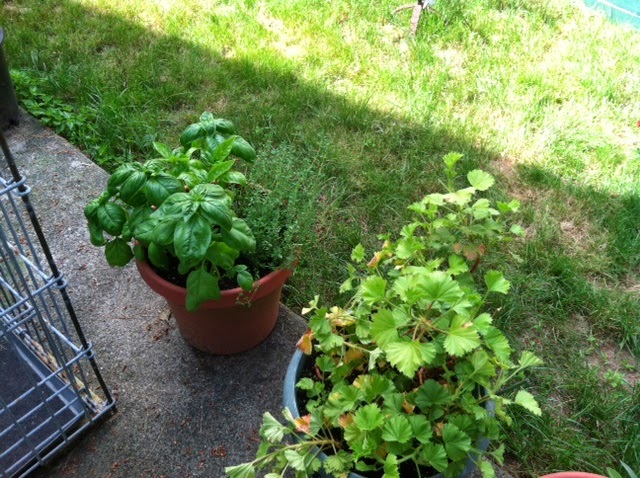 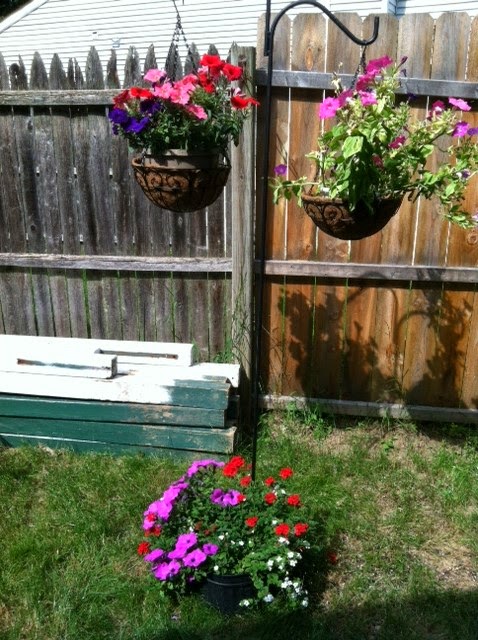 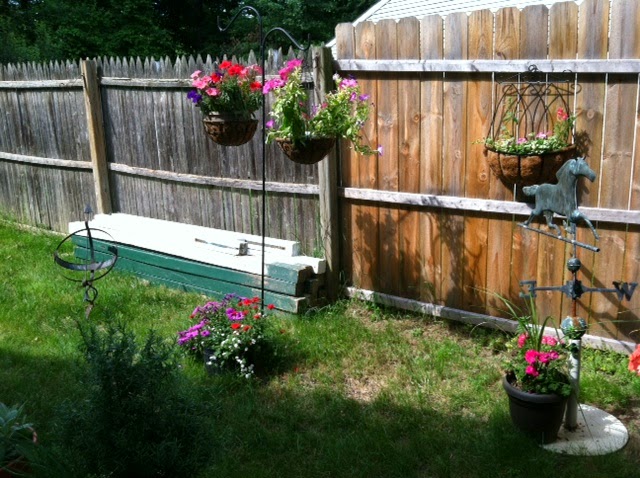 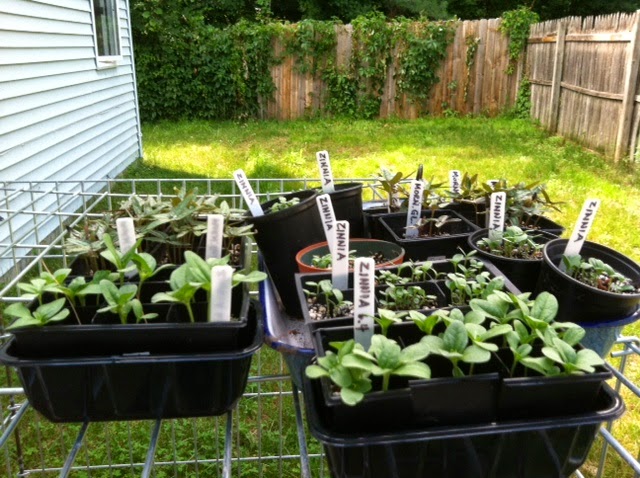