Farewell Thanksgiving, November and Welcome the Snows of December 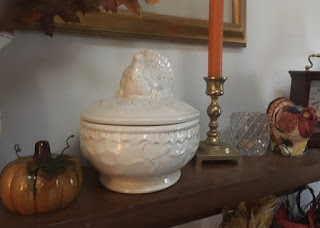 What a whirlwind November in upstate New York was this year! No sooner had the unusually balmy weather of Halloween passed and we were whipped around and flung into the deep chill of autumn by the strong winds of a powerful November 1 cold front. It was a bit of a shock, but nothing compared to the atypical winter-like weather that followed, light snow included. It literally took most of the month before we had what likely was the last "warmer" day of the fall, just two days before Thanksgiving when the temperature hit nearly 60F!


Thanksgiving itself was a fairly brisk late fall day, falling as it did this year toward the very end of November, with chilly winds and temperatures in the 30s. The winds were so strong that, due to safety concerns for pedestrians and handlers, they threatened to ground the famous high-flying balloons of the annual Macy's Thanksgiving Day Parade in the heart of Manhattan! Fortunately, the balloons were allowed to fly but at a lower height than they normally would, to ensure that any strong gusts were not an issue.

I prepared my version of "personal pan poultry", better known as Rock Cornish game hens accompanied by a sausage and mushroom stuffing, roasted red potatoes, my own, home-grown butternut squash, and tasty Brussels sprouts. I often prefer the small hens to a larger turkey - they're easy to prepare and so quick to roast in the oven - no more than an hour-and-a-quarter. Beats a long four-f to five-hour siege of roasting! Dessert was a lovely, locally made apple/caramel/walnut pie...so tasty!

And now we're looking at the accumulation of the first major snow storm of the season. It's somewhat fortuitous as the larder is stuffed to the gills, thanks to the holiday, so I'm staying in, waiting for the storm to pass and then will venture out into the snows in a few days - after the plows have done their job.