Labor Day Arrives But Summer Isn't Over Yet! 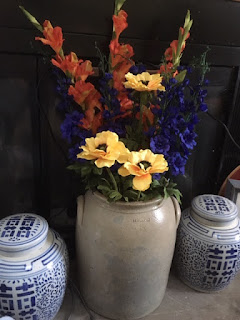 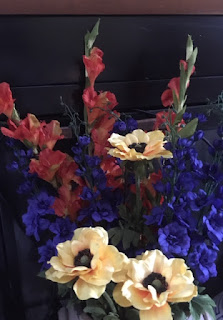 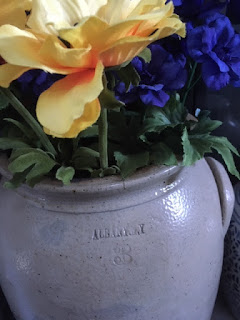 It's the end of August and Labor Day is upon us, but contrary to popular opinion (and the demanding world of retail promotion), summer is NOT, I repeat, NOT over yet! Yes, summer is starting to fade a little, but only a little, and the calendar and Mother Nature tell us that autumn doesn't begin officially until later in September, a little less than a month away.

Sure, the temperatures in this region of eastern New York, have started to fall a bit - and thank heaven for that because this summer was a hot and humid one for far to many days for my taste. It's bad enough to be confined indoors for a good chunk of our very cold winters, so no one wants to be forced indoors during what are usually the very nicest months of the year, the months that beckon us to come outside and play.

Personally, I am a BIG fan of autumn, and I'll be happy to enjoy its return, but not before it's time. I actually am particularly partial to this time of year as well - late August and September - where one can enjoy warm days and cool nights - perfect for gardening and sound sleeping.

The photos above are of the latest iteration of my summer faux floral arrangement. They began the season with some tall stems of bright yellow faux forsythia that helped make the seasonal transition from spring, with pastel florals in pale pinks, creams and lavenders set against the bright sunshine yellow floral branches, to the brilliant bold colors of summer. I exchanged the pastels for the orange and yellow gladiolas, deep purple delphinum and a few cheerful golden yellow poppies. I just removed the forsythia the other day to leave only this arrangement, and moved it from a corner of the living room to the center of the raised hearth of my nearby fireplace. It is meant to ease the transition from summer smoothly into autumn. (It also helps to have flowers, even if they are faux silk ones, that are easy on the purse as their use can be extended into each season by simply swapping out one season-specific palette with the new one by removing a few stems and adding a few others, extending their impact over a longer period. I like the flexibility of that approach.

They are displayed in a tall, antique stoneware crock that I've had for about 30 years, purchased at a country auction when I first moved from the city to the country back in 1989. I was particularly keen to buy it since it is stamped with the name of my home town (Albany, N.Y.) and the numeral "3", which presumably refers to its capacity as a 3-gallon crock. Fortunately, it wasn't terribly expensive - maybe $20 or $25 - I can't recall exactly - as I wanted it specifically to hold large stems, whether faux or real, as the seasons dictated, and I've had it in my each of my living rooms since (there have been three) and I still love it. I always love coming across functional vintage pieces that have some inherent link to a special place in my life -it makes the item even more special to me.

So, don't be in a rush to be rid of summer yet, and don't let the retail industrial complex that drives so much of store design and merchandising these days have you believe that you should be preparing for Halloween (2 months away) - or, heaven help us, those December holidays -  way before their time. There's NO rush, so don't let retailers tell you they're around the corner so you must buy, buy, but - they're NOT! They'll all be here when they're supposed to be, whether we like it or not, so take some time during this late summer season of lovely weather that so many of us experience in September to smell and enjoy the summer flowers that still remain. And if you're in a place where the leaves put on a show in autumn, let their changing colors tell us in due course that autumn is upon us -  and not a month before it's due to arrive merely because Labor Day has.
at 11:53 AM